Around the country and across our state of North Carolina there are millions of individuals who have met all the requirements to graduate from a college or university, but are being prohibited from doing so for debt as minimal as $25. A 2020 report estimated that of the 6.6 million students who had finished their coursework and met the requirements for their degrees, 42% of them owed $1,000 or less, with the average being $2,300.

The practice of withholding degrees and transcripts due to unpaid debt occurs in 75% of the states, and up to 98% of colleges and universities admit to engaging in this practice. U.S. Secretary of Education Miguel Cardona has spoken against this unethical practice, saying that it leads to inequitable outcomes, as withholding degrees over debt impacts mostly low-income, first-generation college students, and students of color.

Twenty-six-year-old Mary Thuma, who fled ethnic genocide in her Karenni state in Burma and relocated to North Carolina as a teenager, was heartbroken to find that after spending five years in high school and seven in college, she was prohibited from graduating with her degree in fashion design due to unpaid fees.

Mary works full-time as a tailor, helps her family pay bills, and has been working on her bachelor’s degree. Despite receiving some financial aid throughout college, she was unable to cover the entirety of her costs. Her family moved to the United States with little more than what they could carry and have sought to rebuild their lives. A college education is the beginning of Mary’s rebuilding.

She dreams of owning a fabric company and providing jobs for women in Asia. There are many women being sold into human trafficking there, and she believes that by creating more jobs, she can help prevent some from seeking work which winds up being a false promise resulting in them being enslaved. Mary wants to provide a safe workplace for women to do meaningful work. She says, “I want to give them an opportunity for success, like the opportunity for success that was given to me.”

For Mary and others like her, the practice of withholding degrees and transcripts adversely impacts the entire family. Mary’s income-earning potential is hampered by the lack of a degree. And for a family who fled genocide and relocated to the U.S. as refugees, this only adds additional obstacles on top of existing ones and plays a role in the systemic inequity faced by many in our country.

The state of North Carolina should consider legislation similar to that which has already been enacted in other states preventing this practice, which further marginalizes and penalizes students who already have the cards stacked against them. Mary and others like her have earned their degrees and should be in possession of them.

For now, Mary is left waiting. She feels that her dream is deferred as she makes small monthly payments. She hopes to be able to graduate by the end of 2023 and walk proudly across that stage to celebrate the hard work she has put into this degree. It is my hope that her dream deferred does not “dry up like a raisin the sun,” but is fully realized in its spectacular beauty.

Jennifer C. Mann is a doctoral student in the Literacy and English Language Arts Education program at N.C. State. Her research includes critical literacy, culturally sustaining pedagogy, and the social emotional well-being of marginalized students. She has spent 15 years teaching students ranging from kindergarten to college, spending the majority of that time as a high school English Literature teacher, specializing in instruction to culturally and linguistically diverse students. 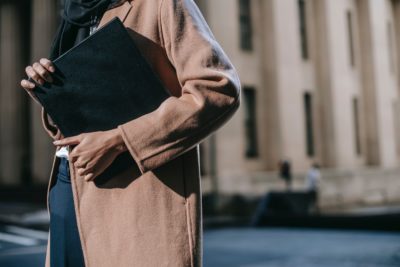 Perspective | Understanding the needs of our HBCUs