It’s not surprising that people would want to see how their state, town, or school stacks up against national peers. But, of course, the rankings are subjective, with scores based on factors chosen by the publication. In scoring metro areas, U.S. News used data on employment and salaries in the job market, housing affordability, and quality-of-life, with college readiness of high school students representing 20% of the index.

While the best-places rankings made for buzzy notice online and on TV, the Brookings Institution issued a new Census portrait of America’s largest metro areas with findings that more substantively define the politics and policy, changes, and challenges of the modern North Carolina. It serves as a fresh reminder that North Carolina, once characterized as a “vale of humility between two mountains of conceit,” now ranks among the megastates, with two powerful regional economic engines, not so much competitive as complementary.

Brookings demographer William H. Frey puts the Raleigh and Charlotte regions in the context of the 56 metropolitan areas with populations of more than 1 million. The Frey paper uses the Census definition of a Raleigh-Cary metro area, with a 1.3 million population, that includes Johnston and Franklin Counties. The Census places Durham and Chapel Hill into a separate metro area. The Charlotte metro, with a 2.6 million population, spreads across eight North Carolina counties and two South Carolina counties.

In the 1990s, Frey writes, immigration and millennial births drove national population growth, especially in the Sun Belt. He includes Raleigh and Charlotte along with Atlanta, Austin, Dallas, Denver and Phoenix as the “1990s fastest-growing areas.”

From 2000 to 2020, he says, national growth slowed as the population aged. Still, over the 2010-2020 decade, “six of the fastest-growing metro areas were located in the traditional Sun Belt magnet states of Texas (Austin, Houston, Dallas, and San Antonio) and Florida (Orlando and Jacksonville), along with three southeastern metro areas (Raleigh, N.C.; Charlotte, N.C.; and Nashville, Tenn.) and Seattle.” The paper has a chart showing both Raleigh and Charlotte among the 10 fastest-growing metro areas in each of the past three decades.

“The 2010-2020 decade continues the nation’s ‘diversity explosion’ that was already evident in the 2000s,” Frey writes. “While people of color (those identifying as Latino or Hispanic, Black, Asian American, Native Hawaiian or Other Pacific Islander, Native American, or as two or more races) together comprise more than two-fifths (42%) of the U.S. population, they now comprise over half (50.3%) of the combined populations of major metro areas.”

“Major metropolitan areas have historically been the focus of minority settlement in the U.S. going back to the immigrant waves a century ago and continuing with African American movement to largely northern cities,” he writes. “Therefore, it is not surprising that Latino or Hispanic and Asian Americans, with substantial immigrant roots, would be more heavily concentrated in major metro areas than in the general population, despite some large recent dispersal.”

Frey points with emphasis to the decline of more than 1 million in the under-18 age cohort nationwide. The decline in youth population would have been steeper without increases in racial and ethnic minorities. Frey lists Raleigh among the 30 major metros with gains in youth population.

Still, he writes, “In a country that is rapidly aging, this absolute decline in the youth population represents a demographic challenge for the future.”

Meeting that challenge, of course, requires universities, colleges, and schools strengthened to produce a workforce that supports a diverse economy in a more mature society. It also requires education that instills critical thinking and enthusiasm for preserving and enhancing American democracy.

For North Carolina and its major metros to remain robust places where people want to live and seek to thrive, facing that future is now. 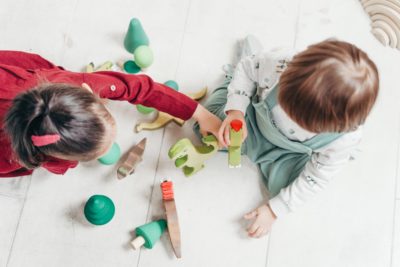