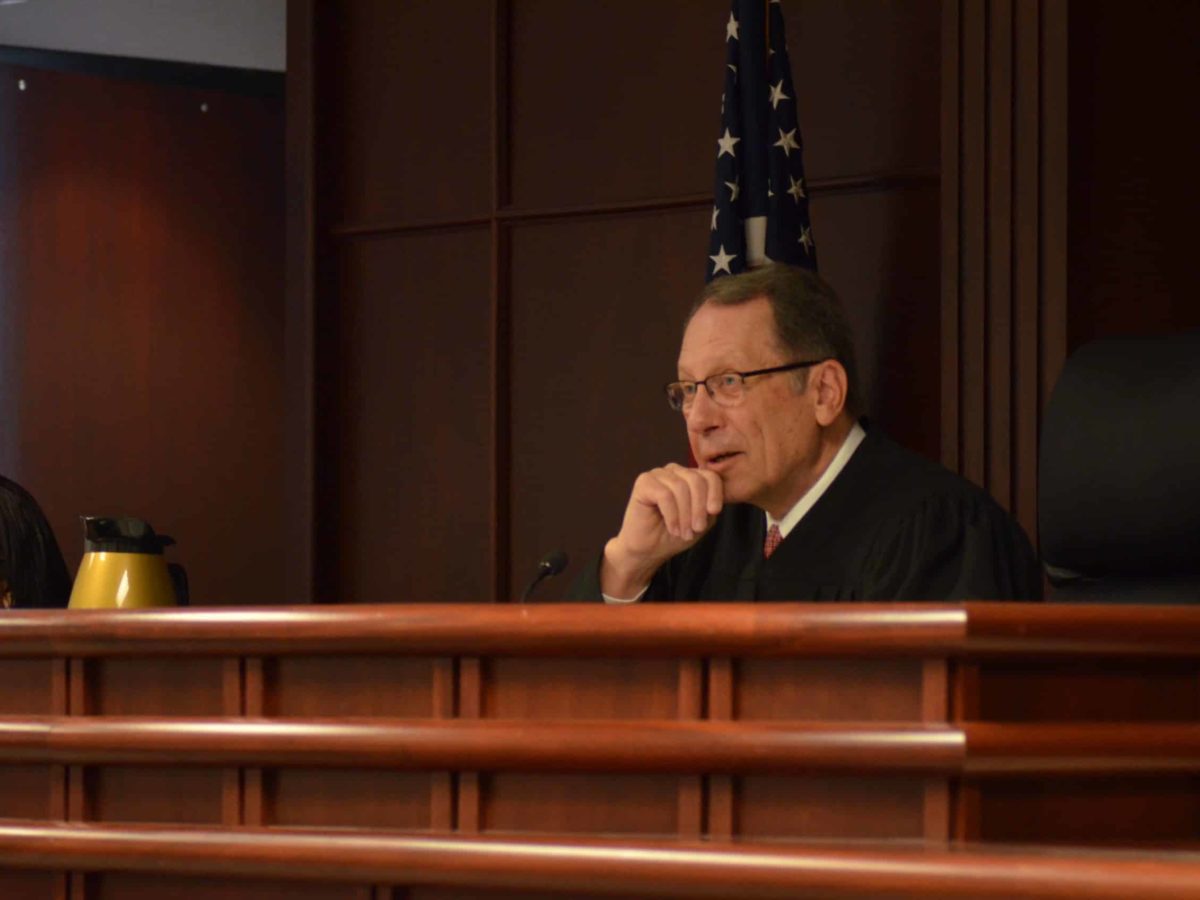 Judge David Lee signed a consent order today that lays out a plan of action for the state to meet the mandates of the long-running Leandro court case.

“I want an order that I can enforce,” he said in court. “I want it to be specific enough that if what’s put out there is not accomplished, somebody can answer for it one way or another.”

The consent order signed by Lee lays out the general agreement of all parties as to the facts of the case, the findings and recommendations of the WestEd report, and the need to do something further to meet the Leandro mandates. It also establishes a plan for the parties to present further reports detailing concrete steps the state will take to meet the short-, middle-, and long-term recommendations of the WestEd report.

The WestEd report was created by an independent consultant and laid out how the state can ensure that all students in North Carolina have the opportunity for a “sound basic education.”

“I believe that we are all in agreement with what your Honor has in mind, which is putting together a structure and timeline that we can bring to your Honor,” said Parker Poe Attorney Melanie Dubis, a lawyer for the plaintiffs in the case.

The Leandro case started in 1994 when families from five low-wealth counties sued the state, claiming North Carolina was not providing their kids with the same educational opportunities as students in higher-income districts. In 1997, the state Supreme Court ruled unanimously in the case that the state’s children have a fundamental right to the “opportunity to receive a sound basic education.” A later state Supreme Court opinion agreed with a lower court that North Carolina had not lived up to that constitutional requirement for every student.

For much of its history, the Leandro case was overseen by Judge Howard Manning, who held numerous hearings in an effort to determine how the state could meet its constitutional obligation. In October 2016, he requested to be removed from the case, and Chief Justice Mark Martin reassigned it to Emergency Superior Court Judge David Lee. According to the consent order, in his last order in March 2015, Manning said that “a definite plan of action is still necessary to meet the requirements and duties of the state of North Carolina with regard to its children having equal opportunity to obtain a sound basic education.”

“Historic and current data before the Court show that considerable, systemic work is necessary to deliver fully the Leandro right to all children in the State. In short, North Carolina’s PreK-12 public education system leaves too many students behind — especially students of color and economically disadvantaged students. As a result, thousands of students are not being prepared for full participation in the global, interconnected economy and the society in which they will live, work, and engage as citizens. The cost to these students, individually, and to the State are considerable and if left unattended will result in a North Carolina that does not meet its vast potential,” the consent order states.

Also included in the report was the recommendation that the state would need to spend about $8 billion more over the next 8 years in order to meet the Supreme Court’s mandate that the state provide a sound basic education to all students.

Using the findings in the WestEd report, the consent order signed by Lee today states that any plan of action must include seven components. They are:

“As the WestEd Report and the record in this case demonstrate, the State Defendants have implemented numerous ambitious programs and initiatives over the last 20 years, but the Leandro mandate remains unmet,” the consent order states. “Many of these programs, however, have not endured or have not been expanded statewide as needs dictated. The Court finds and concludes that North Carolina faces greater challenges than ever in meeting its constitutional obligations, many children across North Carolina are still not receiving the constitutionally-required opportunity for a sound basic education, and systemic changes and investments are required for the State Defendants to deliver each of the Leandro tenets.”

Attorneys for both the plaintiffs and the defendants in the case agreed today that there is general consensus about what needs to be done and what the process should be moving forward.

Dubis said that the work getting all the parties to the point of agreement was “historic” and “unprecedented.”

“All parties understand that we have a lot of work to do,” she said.

Amar Majmundar, senior deputy attorney general at the state Department of Justice arguing for the defendants, said it wasn’t easy to get everybody together into a room.

“Inertia is really the root cause of these problems,” he said.

But he said having all the parties in one room in agreement is “emblematic of the fact” that nobody is OK with things as they are.

“We want our kids to have as good an education as they can,” he said, adding later: “What I worry about is the idea that there’s a silver bullet. There’s really not.”

Lee also recognized that he was in a unique circumstance: judging a case where the two sides were basically in agreement.

“This is not the typical adversary proceeding in which I find myself,” he said. “I trust that everyone is on the same page in terms of the needs we have in this state.”

While both sides in the case may agree, recent reporting from The Carolina Journal questions whether Republicans are on the same page as the court.

There was also a lot of discussion in court about who would be in charge of monitoring to ensure a plan of action is actually implemented.

Lee said he wanted as many stakeholders as possible to be involved, including members of the General Assembly.

“We need to have everybody at least aware,” he said. “I’ve seen a couple of criticisms that perhaps there were some things that were not captured in this report because the legislature wasn’t asked about it.”

He said if that’s the case, he wants to hear input from lawmakers about the report.

From the point of view of those in agreement with the consent order, the stakes are high.

During court, Lee said that his obligation as a judge in this case is clear:

“To follow the edicts of our Supreme Court,” he said. “And that’s been put aside for a while. And it’s the only case I’ve got. I’m supposed to be retired.” Guarding and maintaining NC’s constitutional right to education: ‘The future of the state hangs in the balance’