The State Board of Education met for their regular April meeting and covered a variety of topics, but for many students and families, perhaps no topic is as important as standardized testing. So what’s happening with that this spring? You can find testing and other updates from the April State Board meeting below.

The State Board heard back from state Department of Public Instruction (DPI) staff about waiver requests sent to the federal government regarding state standardized testing. Last month, the Board’s requested waivers were approved by the federal Department of Education.

So, as far as the federal government is concerned, North Carolina doesn’t need to give schools letter grades, dole out school report cards, or designate districts or schools as low-performing.

But absent from the federal waivers is permission to forgo federally mandated testing altogether. That means all end-of-course and end-of-grade tests must go forward as usual. There won’t be any remote administration of such tests — students will need to take the tests in person. DPI staff said that concerns about putting test administration responsibility onto parents as well as security concerns led department leaders to decide against it.

But federal waivers are just one part of a two-part hurdle the state’s education leaders must deal with. Next are the waivers at the state level. Here’s what’s required in state law currently:

A bill currently in the Senate rules committee would address the state waivers North Carolina needs to get around these requirements in statute.

The State Board also received a K-3 literacy update. Before the update, Board Member Jill Camnitz, chair of the committee presenting the literacy update, spoke at length about the work the State Board and others have done around ensuring students are able to read at a young age. At the close of that meeting section, Board Chair Eric Davis also added his own comments on the subject.

You can listen to their comments below.

The comments come only days after the General Assembly passed the Excellent Public Schools Act of 2021 with bipartisan support. The bill, which emphasizes the science of reading, is now awaiting the governor’s signature or veto. Read more about what the bill means below.

Presentation slides by state Department of Health and Human Services (DHHS) staff for the State Board included guidance from both DHHS and DPI on how prom and graduation should be handled this year.

The guidance includes face coverings for anyone over five years of age, physical distancing, holding events outside if possible, hand sanitizer stations, and staggering arrival times. See more of the guidance below.

State Superintendent Catherine Truitt laid out her vision for the next four years at DPI in her presentation to the Board this month. Below is her presentation, which includes the structure of DPI and how she sees the organization functioning under her leadership. Truitt has dubbed her plan “Operation Polaris.”

Officially launched back in 2019, TeachNC is a project with one goal: increase the number of people recruited to become teachers in North Carolina. Run by BEST NC, TeachNC uses both media campaigns and a recruitment website in order to get more people in North Carolina to consider becoming an educator.

The State Board heard an update on how the program is going. According to the presentation, TeachNC exceeded almost every one of its goals, getting more than double the number of applications to educator preparation programs it was aiming for.

The program will ultimately move over to DPI for its continued operation. See the whole presentation on TeachNC’s progress below. 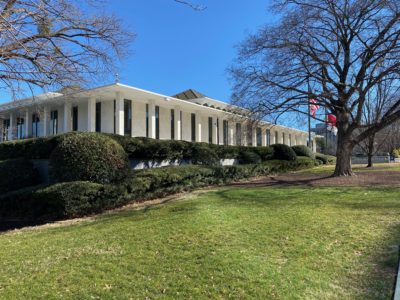