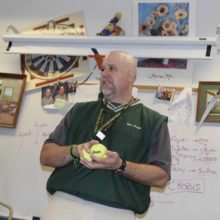 I confess there exist numerous studies showing advanced degrees do not correlate with higher test scores and/or higher graduation rates. John Hood’s article, “Not a matter of degrees,” on EdNC.org makes note of these studies. He states:

Since 1990, scholars have published more than 100 studies in academic journals that tested the relationship between teachers having graduate degrees and some measure of educational success, such as test-score gains or increases in graduation rates. In more than 80 percent of the studies, there was no statistically significant relationship. A few of the studies actually found a negative effect. Only 15 percent produced a positive association.

Yet, those words do not convince this teacher that having advanced degrees is not beneficial for teachers, students, and schools.

Since 1990, we as a nation have transitioned from Clinton to Bush to Obama; we have survived No Child Left Behind and Race to the Top. As a state, we have gone from the Standard Course of Study all the way to Common Core (and its amorphous successor). And we have used several versions of EOCT’s, EOG’s, SAT’s, ACT’s, AP’s, ABC’s, and AYP’s.

The point is that we have employed so many different barometers of learning utilizing various units of measurements that to actually compare current data on student achievement to historical data becomes almost futile. Even the SAT has changed multiple times since I took it in high school.

However, there is one constant in our classrooms that has provided the glue and mortar for public schools since 1990 and well before that:

If the North Carolina General Assembly thinks that abolishing the graduate degree pay increases for teachers is a good policy, then it needs to convince North Carolinians that our state does not need veteran teachers who are seasoned with experience. Teachers who seek graduate degrees in education (and/or National Certification) are themselves making a commitment to pursue careers in public education. When the state refuses to give pay bumps for graduate degrees, then the state just ensured that North Carolina will not have as many veteran, experienced teachers in our schools in the near future. Those teachers will not be able to afford to stay in the profession. Yet, we as a state cannot afford to lose them.

Some teachers do not wish to earn graduate degrees simply because of time constraints and financial barriers. Some do not need graduate degrees to feel validated as master teachers, but the choice to further one’s education to advance in a chosen occupation should always remain and be rewarded. And if a teacher believes that it is beneficial to earn an advanced degree, then it can only help the teacher’s performance. Besides, it is an investment made by teachers who wish to remain in the educational field, especially when teachers here in NC still make salaries that rate near the bottom of the national scale. Even Governor McCrory called the recent budget’s influence on teacher salaries “chicken feed” in an episode of NC Spin.

The notion that teachers improve over their first three or so years in the classroom and plateau thereafter is deeply ingrained in K-12 policy discussions, coming up in debate after debate about pay, professional development, and teacher seniority, among other topics.

But findings from a handful of recently released studies are raising questions about that proposition. In fact, they suggest the average teacher’s ability to boost student achievement increases for at least the first decade of his or her career—and likely longer.

Moreover, teachers’ deepening experience appears to translate into other student benefits as well. One of the new studies, for example, links years on the job to declining rates of student absenteeism.

Although the studies raise numerous questions for follow-up, the researchers say it may be time to retire the received—and somewhat counterintuitive—wisdom that teachers can’t or don’t improve much after their first few years on the job.

“For some reason, you hear this all the time, from all sorts of people, Bill Gates on down,” said John P. Papay, an assistant professor of education and economics at Brown University, in Providence, R.I. He is the co-author of one of two new studies on the topic. “But teacher quality is not something that’s fixed. It does develop, and if you’re making a decision about a teacher’s career, you should be looking at that dynamic.”

This reiterates that we need experienced, veteran teachers – many of whom believe that advanced degrees or even national certification are ways to improve their performance in the classrooms. That is not to say that all teachers who have advanced degrees are better than those who do not. I work with many teachers in my school who have earned just a bachelor’s degree and are master teachers who possess traits I wish to emulate.

What many who work on West Jones Street in Raleigh do not mention is that while beginning teachers have seen a big increase in pay, those with more experience have not. In fact, the salary schedule for public school teachers ensures that a teacher who enters the profession today will never make over fifty thousand dollars ever in a year throughout his/her career. That is one major reason we are seeing fewer and fewer teaching candidates in undergraduate education schools here in North Carolina.

Because advanced degree pay is abolished, many potential teachers will never enter the field because that is the only way to receive a sizable salary increase to help raise a family or afford to stay in the profession. Furthermore, the amount of money it would take to repay the cost of a master’s degree would still take a teacher many years to make on a teacher’s salary, and in most cases that tuition is being paid to public colleges and universities. In essence, many teachers are reinvesting in the very public education system that they serve.

Ironically, not many of those who agree with eliminating graduate degree pay increases argue against that veracity of National Board Certification, which also leads to a pay increase. North Carolina still leads the nation in NBCT’s (National Board Certified Teachers). National certification is defined by a portfolio process which many schools of education emulate in their graduate programs. Additionally, national certification is recognized across the country and its process of validating teacher credentials has rarely been questioned.

But what really seems to be the most incongruous aspect of the argument against graduate degree pay increases is that it totally contradicts the message we send to students in a college and career ready curriculum. If we want students to be life-long learners and contribute to our communities, then where else to better witness that than with our teachers who want to get better at what they do.

When students witness a teacher actually going to school (or knowing he/she went back to school), then the impact can be incredible because it means that teachers still “walk the walk” when it comes to furthering an education.

Besides, most all students know that public school teachers do not get into the profession to get rich.