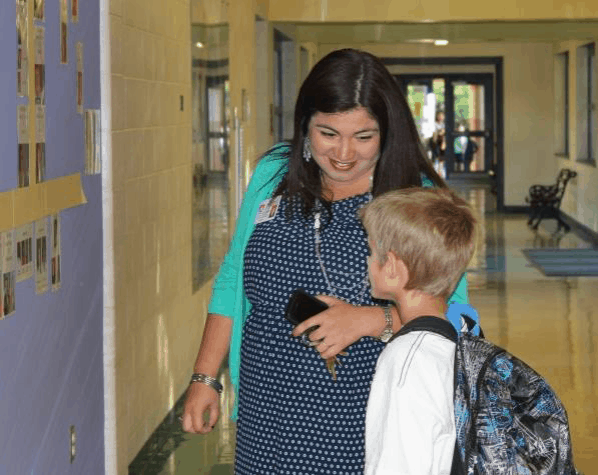 “I believe the Piedmont Triad Leadership Academy allowed me to become the type of servant, holistic leader that is needed to turn around low performing schools.”                    — Jusmar Maness, Principal of Balfour Elementary School in Asheboro

Research consistently bears out that, next to the classroom teacher, its bearing on student achievement is unmatched. Consider who sets the tone for the schoolhouse — the culture under which teachers teach and children learn. Who is responsible for the expectations that prevail with respect to outcomes for children?  Are teachers supported, encouraged to do their best, constantly given the opportunity for personal growth, and do they enjoy the reins of distributive leadership in the process?

Several years ago, while on the State Board of Education, I had the privilege to serve with some talented people on a task force charged with reviewing the standards for the job of principal. The language at the time dwelled in large measure on administrative tasks, the focus more on management than leadership. We corrected that and then went about the task of determining how we could best implement these new standards in the field. We decided to leave that job for existing principals in the hands of the North Carolina Principal and Assistant Principals’ Association (NCPAPA), under the capable leadership of Shirley Prince, who continues to deliver high quality professional development toward that end.

For aspiring leaders, we took a different approach. The traditional pathway of acquiring a Masters of School Administration through our institutions of higher education would be retooled to match the seven identified leadership traits now identified in the new standards, but we also wanted to explore non-traditional approaches. The advent of Race to the Top (RttT) grant funding afforded us the opportunity to do just that.

Many of us questioned the validity of limiting our leadership candidates to a “self-selection” process — which characterized the framework for how we were building the bench from which our school administrative posts have traditionally been sourced.

Some of us had the opportunity to learn about an alternative approach being successfully implemented elsewhere — a rigorous recruitment/selection process, followed by extensive tutelage under proven leaders, and a candidate cohort class feeding off one another’s rich experiences along the way. Fine examples of this approach include the New York Leadership Academy (NYLA) as well as New Leaders for New Schools (NLNS). Talented, proven leaders served as mentors and coaches. Often retired, these mentors surrounding the candidates, providing support to learn the job well. And, perhaps most important, the candidates themselves were carefully chosen, having demonstrated the traits found in a good leader. In other words, good raw material was recruited for the job.

In North Carolina, we found that roughly half our MSA-degreed administrative candidates were serving in non-administrative posts.

We felt that taking a much more selective approach, under the careful eye of proven leaders, who knew what they were looking for, was bound to yield better results.

Thus, once awarded RttT funding, the opportunity to put to the test an alternative licensure format, focused on leadership, came to the fore. And we wished to do so under a very decentralized approach, focused on the needs of the field.  A carefully-orchestrated request for proposal (RFP) process unfolded, in large measure drawn from what we learned from both NYLA and NLNS, which ultimately yielded three chosen sites.

Focused on 13 districts in Northeastern NC. This program has been ably driven by NCSU. It is unique in that it is a 2-year program that ultimately awards an MSA degree. But it is far from traditional. Its recruitment/selection progress is totally different, focused on the needs of this region. It engages mentors and coaches under yearlong internships for each candidate. There is formal class training in addition. Bonnie Fusarelli from N.C. State has ably held the reins here. In 2014, the University Council for Educational Administration (UCEA) named NELA one of two exemplary educational leadership preparation programs. Four districts have participated, under the leadership of Anna Brady, formerly a dynamic high school leader herself. This program has partnered with the School of Ed at UNC-Greensboro. It awards partial credits toward an MSA degree, but is focused on developing out leadership attributes from non-traditional approaches, centered on the yearlong internship. This program is a one year program.

13 districts from the Sandhills region participate, under the leadership of Donna Peters, a well-known and respected retired superintendent from the area. This program mirrors in many respects that of the Triad program, but it should be noted that each of these programs have been tailored to the needs of their respective regions.

Anecdotal feedback from superintendents has been strong.  Many of our academy grads have been placed direct into principalships. The more standard path has been an interim assistant principal post, most of which have been focused on instruction, soon thereafter followed by placement in a principal post. To date, there has been limited, but validating student achievement data to accompany the placement of these leaders in the field. Logic would tell you so. Carefully choosing who fills the leadership bench should ultimately lead to good results for our kids.

After all, good leadership is all about creating a culture that insures effective teaching in the classroom.