How might a dramatic decrease in childhood poverty ripple through public schools? North Carolina, where one in five children lives in a household below the poverty line, soon may serve as a prime exhibit in the unfolding of the new federal post-pandemic recovery package.

Aside from the $3.6 billion directed to the state’s elementary and secondary schools (discussed in last week’s column), the American Rescue Plan contains an array of direct payments and tax credits for middle- and low-income families in what amounts to both consumer stimulus and an assault on poverty. A linchpin is a restructuring of the child tax credit — providing monthly payments of $3,600 per child under 6 years old, $3,000 per child 6 to 17 — in an audacious package that could reduce the number of children in poverty by more than 40%.

Until a year ago when the pandemic sent Americans to hunker down in their homes and drove millions out of jobs, the nation had experienced a decade-long decline in children living in poverty. A Pew Research Center analysis of Census data found: “In 2019, the year with the most recently available data, 14% of children under age 18, or 10.5 million children, were living in poverty, down from 22%, or 16.3 million, in 2010. All major racial and ethnic groups saw declines since 2010, but the greatest decreases were in the shares of Black and Hispanic children living in poverty.”

Over the same period, North Carolina’s child poverty rate also declined — but it remained persistently above the national rate. According to the Kids Count data, the state’s rate slid from 22.5% in 2009 to 20.2% in 2018 — that rate adds up to more than 450,000 children.

North Carolina’s own classification of schools makes the case that poverty presents burdens and barriers to educational achievement. A dramatic reduction in childhood poverty, therefore, holds out the prospect of lowering barriers and lifting burdens.

The state has more than 800 high-poverty public schools, including both traditional and charters. They are defined as schools in which 75% or more of the students qualify for free or reduced-price lunch. This metric includes not only students living in poverty but also living in lower-income households not far above the poverty line.

Under the state’s grading system, most high-poverty schools get Ds and Fs. Most schools graded A and B have fewer than half their students from low-income families. As flawed as it is in fairly assessing educational quality and growth, the grading system provides evidence of how personal economic distress weighs down students and their schools.

In their positive analysis of the child tax credit, two Brookings Institution scholars cite several studies in coming to the conclusion that “child allowances are a powerful anti-poverty policy; but they are pro-mobility policy, too.” They point to the Eastern Cherokee distribution of profits from the casino on the western North Carolina reservation. Studies show, they report, per capita payments contributed to gains in emotional and behavioral health and in educational attainment in young adulthood.

A major uncertainty is whether Congress and the Biden administration can agree on extending the child-focused payments beyond the one year provided in the current law. Meanwhile, regardless of future federal budgeting, North Carolina has well-known and well-documented strategies for addressing the needs of its economically at-risk young people and its high-poverty schools: such as, expanding high-quality pre-kindergarten; attracting well-qualified and diverse teachers to K-12 classrooms; reducing class sizes and offering more time to learn;  providing nurses and counselors.

From both federal and state governments, it will require a sustained effort over several years to root out entrenched childhood poverty and to strengthen public schools as ladders of opportunity for young people to climb out of poverty and up toward the American dream. 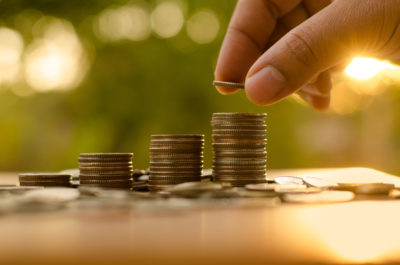