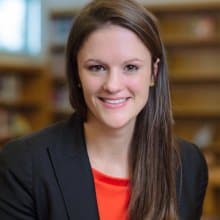 The NC State Board of Education holds the constitutional authority to lead and uphold the system of public education in North Carolina. It is responsible for “supervising and administering the free public school system and the educational funds provided for its support” (see N.C. Const. art. IX §5). Board members include the Lieutenant Governor, the State Treasurer, and eleven other members appointed by the Governor and confirmed by the Legislature in joint session. Currently, the chairman of the Board is Bill Cobey. Eight of the Board members represent each of the state’s eight education districts, and three are at-large appointees. The eleven appointees serve eight-year terms; the two ex-officio members’ terms coincide with the term of their respective offices. The policies developed by the Board of Education guide the Department of Public Instruction and local public school organization and operations.

Check back tomorrow for another leadership profile on the N.C. Education Cabinet.