Up until the November 6 Democratic Presidential Candidate Forum on MSNBC, the GOP was up one to nothing on education.

During the August GOP debate, there was some sustained discussion of K-12 matters as they pertain to Common Core. After that, it was mostly crickets at both GOP and Democratic debates.

During the Nov. 6 MSNBC Forum hosted by Rachel Maddow, however, Hillary Clinton had some sustained comments on K-12 education in relation to recent events at a South Carolina school.

Maddow brought up the incident of a police officer appearing to violently accost a female high school student and segued into a question about the role of law enforcement in schools. Her question: Should there be police officers in classrooms at all handling discipline matters? If so, should they be in some schools or all schools?

Clinton ultimately answered the question by saying: “I think that has to be a last resort. I think there can be some people with law enforcement backgrounds who are trained to deal with very difficult situations.”

She also said that: “Adults should be trained to use non-violent, non-confrontational measures in dealing with school problems, discipline problems, whatever they might be.”

But she went further, saying that there are children who need a lot of support in schools, and we have to do a better job of helping them. She also lamented the fact that the nation’s schools are full of low-income students.

“We have a new unfortunate fact, and that is 51 percent…of the children in our public schools today are eligible for free or reduced lunch. It’s the first time we’ve ever been above 50 percent, that we have a majority of kids coming from impoverished backgrounds in our schools,” she said.

Returning to the subject of the incident in the South Carolina classroom, Clinton discussed the disproportionate disciplinary actions taken against minorities.

“It’s hard for me to understand why the suspension and expulsion rate is so much higher for black kids than for white kids,” she said.

In the November 10th GOP debate (here is part one), education was barely a whisper. This Edweek.org article does a great job of summarizing the relative lack of discussion.

Beyond some talk of higher education from presidential candidate Marco Rubio, we learned that former Florida Governor Jeb Bush thinks his tax plan would help teachers and that Donald Trump thinks the nation needs to spend more domestically in areas like schools.

The article also mentions the fact that Senator Ted Cruz’s twitter account tweeted during the debate that he wants to eliminate the Department of Education. 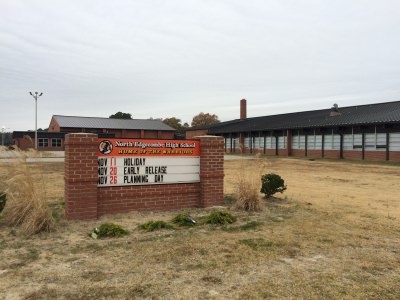