But with great promise comes great cost. Global spending on K-12 classroom technology hardware totaled $15 billion in 2014, according to U.K.-based research company Futuresource Consulting ― much of it to purchase personal computing devices, such as tablets and notebooks.

What has been the return to date on this multibillion-dollar investment? Are students browsing, swiping, and clicking their way to mastering content and 21st-century competencies?

A study said to be the largest ever of learning in the digital world, released this fall by the Organization for Economic Cooperation and Development, found that “over the past 10 years, there has been no appreciable improvement in student achievement in reading, mathematics, or science, on average, in countries that have invested heavily in information and communications technologies for education.”

OECD evaluated technology integration and international PISA test scores for 60,000 15-year-olds in 32 countries, including the United States. (The U.S. participated in PISA and was included in the report, but did not provide comprehensive data on students’ technology exposure.)

No appreciable improvement? This phrase boggles the mind of the average parent and strikes fear into the heart of technology vendors. For educators, it challenges popular trends in educational practice. Some thus will seek to ignore or dismiss it.

That would be unwise. The study’s findings, though correlational in nature and unable to determine cause and effect, are nonetheless “remarkably similar to the emerging consensus in the research literature,” noted OECD.

Should schools trade tablets for pencils, returning to an analog era? No, but the way forward should look different from the road just traveled. Now we know better.

First, a new credo: Less is sometimes more, at least with classroom computer time. On a digital diet, disciplined, targeted technology use trumps immersion. Optimal learning in OECD’s study was linked with “moderate” computer use at school; the OECD average for time online, for example, was just 25 minutes daily.

Compared to rare use, students’ moderate computer use was associated with slightly higher achievement. Too much time backfired, and badly. Frequent computer use was linked with the worst performance of all.

Certainly, we shouldn’t nix opportunities for digital learning at school just because kids are binging on screen media elsewhere. But learning doesn’t occur in an in-school vacuum. Efforts to maximize the efficacy of classroom technology should consider overall consumption, as well as the growing body of research assessing screen media’s impact on cognition, mental health, attention, and sleep.

Finally, content should serve as a key differentiator in determining whether and when to use computers. Particularly in mathematics, research often shows mixed or negative effects of computers on learning.

Now that is something to ponder. Nationwide, the shift toward online assessments is accelerating, and spending on K-12 technology continues to soar. Hopes are high, but outcomes aren’t.

In our conceptions of classroom technology use, it’s time for a reboot. 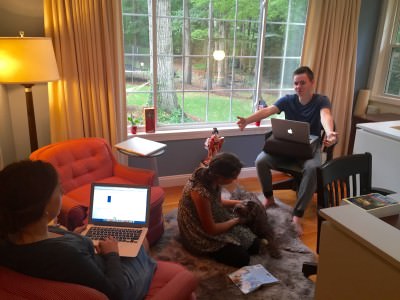