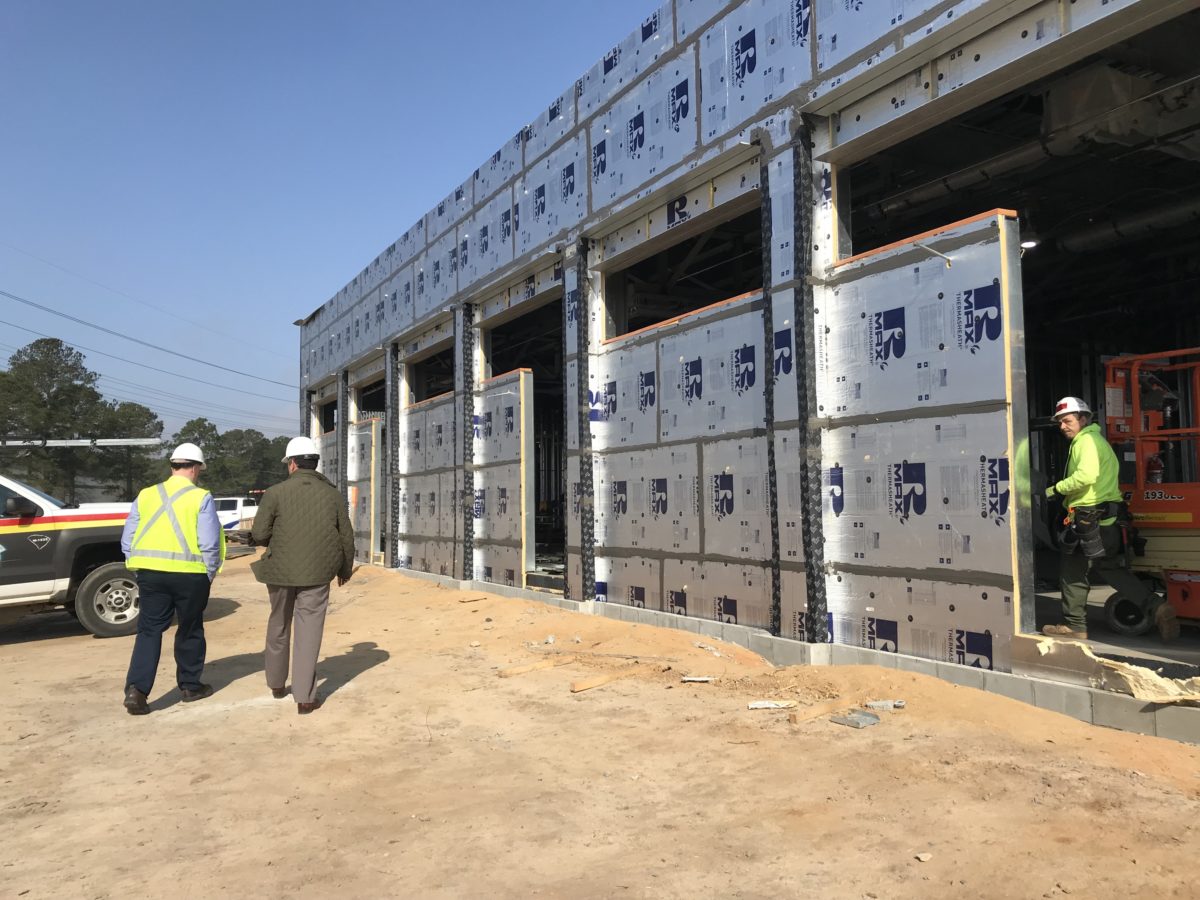 Community colleges are not immune.

In the North Carolina Community College System, many ongoing and new capital projects have been delayed due to backordered equipment and staffing shortages, President Thomas Stith said. Costs have also risen because of increased demand and longer project-construction periods.

In response, the system is working to further streamline its capital project approval process. Stith said that’s particularly important in light of “significant funding in the budget for capital or repair and innovations.”

North Carolina finally got a new state budget in November 2021 — and the North Carolina Community College System is getting more than $1.3 billion in each year of the biennium.

Of that $1 billion investment, the state budget allocated $400 million for capital improvement projects and repairs at the state’s 58 community colleges over four years, and nearly $50 million for equipment and furniture purchases. In February, the State Board of Community Colleges approved how to spend portions of that $400 million, allocating $100 million for 2021-22 and another $100 million for 2022-23. The remaining $200 million is set to be appropriated in 2023-25.

“It’s been kind of a challenge working through some of the legislation, but (we’re) looking at ways to streamline so that we are moving forward as quickly as possible,” Stith said. “Schools are running into increased costs in general, and then with the delays in the supply chain, they see even more cost increases outside of construction.”

‘An impact on education’

In addition to inflation, rapidly climbing construction and labor costs increased the training center’s estimated cost by $2.5 million, Alamance Community College President Algie Gatewood said. Without those funds, he said the college must substantially roll back its plans for the facility, including the firing range.

As was the case at Alamance Community College, those project estimates were based on pre-covid construction costs.

“I’m worried that those costs could be significantly more than we currently have the money to build,” Poarch said. “So we’ll be working through that and trying to determine what the new cost looks like and getting a game plan and strategy for trying to secure any additional funds that may be needed for the projects, but that certainly is a big concern.”

Randy Ledford, vice president for instruction at CCC&TI, said the college is struggling to find culinary and IT equipment. Last August, the college received an eight-month wait notice when purchasing machinery for a new heavy equipment technology program.

“We are running into some issues, not just with supply chain having an impact on the industry itself, but having an impact on education,” Ledford said. “A lot of the programs at community colleges try to replicate programs that prepare students for the workforce in business and industry. They require equipment that a business or industry uses. If they can’t get a hold of that equipment, they’re going to struggle to replicate that skill.”

Caldwell is the second community college in North Carolina approved to offer that two-year associate degree; the other is Wake Technical Community College. While other campuses offer short-term training in biopharmaceuticals, Caldwell is the only college west of Raleigh that would have this program, Poarch said.

The college converted a lab space previously used in advanced manufacturing into a pharmaceutical lab. With four manufacturers in Caldwell County, Poarch said pharmaceuticals is the fastest growing sector in the area.

“We’re trying to respond to that need in our community,” he said.

Though the lab is built, the delivery of a fill line — the primary piece of equipment needed to replicate an industry-grade workspace — has been delayed due to supply chain issues since its original shipment date last summer.

That machinery is now expected to ship sometime this month with installation to take place in May — well over a year after the order was placed.

“The result of that is that we’ve had to really delay full implementation of the program based on our inability to have all the equipment that we need to train students on,” Poarch said.

‘There’s a lot of concern’

As part of the Board’s listening tours for its new four-year strategic plan, Stith said the system heard a need to address “some of the unnecessary impediments that do impact the efficient and effective interaction between the system office and the colleges.” While those strategic efforts are not only in response to supply chain issues, Stith said the system is considering options to help mitigate impacts of such delays at its 58 campuses.

“Our ultimate goal is to provide affordable access to higher education for our students,” he said. “So it’s imperative for us to mitigate impacts on individual college budgets in a system-wide budget so that we are able to remain affordable for our students. We’re moving forward to strategically look at ways that our budgets are not impacted in a way that those costs have to be passed on to our students.”

Anecdotally, Poarch said he knows most of the system’s colleges are dealing with project delays.

“There’s a lot of money out there right now, and our community colleges, quite frankly, especially in rural areas, are desperate for new and renovated facilities,” he said. “These delays just exacerbate the problem, so I know there’s a lot of concern from our sister colleges across North Carolina dealing with the same kind of challenges.”

N.C. Community College System receives largest budget from State in over the past decade