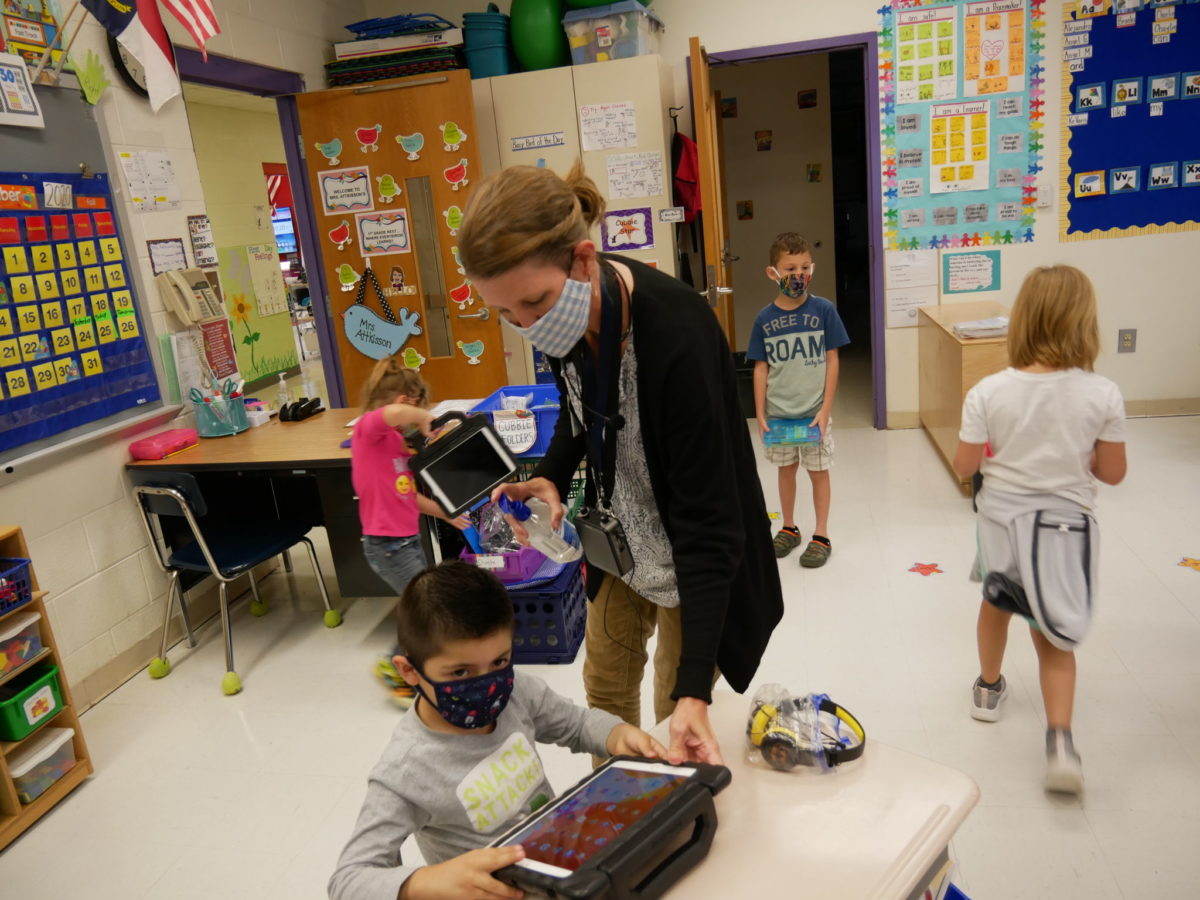 As school boards in North Carolina faced tough questions last fall about whether, or how much, to reopen their doors to in-person instruction, what factors may have influenced their decisions? Judging from new research from Public Impact and EdNC, statewide COVID-19 rates appeared to matter more than local COVID-19 rates and other district characteristics.

At the beginning of the fall semester, about half of North Carolina’s districts reopened with remote-only instruction. But by the end of 2020, 90% offered in-person instruction to at least some students.

As districts made changes to their plans for offering in-person, hybrid, or remote instruction, district leaders commonly cited trends in local COVID-19 rates. Descriptive data from the database that Public Impact and EdNC published in October suggested that district- and county-level demographics may also have played a role. For example, districts with higher concentrations of students of color were three times more likely to opt for fully remote learning (the state-designated “plan C”) to start the school year than districts with the highest concentrations of white students (76% versus 24%). Early results from descriptive data and regression analyses suggest that, in general, districts further reopened school buildings to in-person instruction throughout the fall semester, corresponding with state and national changes in COVID-19 rates. But we found no statistical evidence to support a relationship between district decision-making on further reopening schools and the local COVID-19 rate. In fact, we could not identify any district- or county-level characteristic that had a strong relationship to decisions — including the county’s political leanings.

To populate the NC Instructional Shifts database, Public Impact researchers used the North Carolina School Board Association’s (NCSBA) Reopening Database, which tracks instructional plan shifts over time in the state’s 115 school districts. Researchers scanned each district’s website and Facebook page to verify all of these shifts, locating school board meeting minutes whenever possible.

For more details on how researchers coded each shift, please see the codebook in the “Variables” tab here.

Districts generally expanded the amount of in-person instruction in the fall.

From the start of the semester through Dec. 31, 2020, we identified 140 initiated shifts in district plans. Seventy-four percent of districts made at least one shift expanding the amount of in-person instruction. Of these, 52% initiated instructional shifts that only moved their students closer to full-time in-person instruction, while the other 22% planned shifts to and from in-person. Approximately one-fifth of districts (21%) never initiated a shift in their plan for the fall semester.

These two weeks followed a month of falling state and national COVID-19 rates. After this period, as state COVID-19 rates rose through December, moves toward in-person became less and less likely, while moves toward remote instruction became more common before and after Thanksgiving and winter breaks.

Local factors, including COVID-19 rate and politics, had no statistical relationship to district decisions throughout the fall.

In regression analyses that included district- and county-level variables (see table below), researchers did not find evidence that local COVID-19 rates or local politics affected decisions on reopening schools throughout the semester. Across multiple models, we found that no indicators were strongly correlated enough with district decision-making to have statistical significance.

Results from these early analyses leave open many questions. Public Impact and EdNC invite other researchers to use the NC Instructional Shifts database to further investigate the question on district decision-making as well as others the data may support. Preston Faulk is a consultant with Public Impact, conducting quantitative research and statistical analyses of schools with a focus on alternative accountability, data visualization, and analytics. Beth Clifford is a policy analyst at Public Impact, focusing on quantitative and qualitative research projects. David Gilmore is a senior analyst at Public Impact, collecting data on education issues and supporting the data analytics team on a variety of projects. Cole Smith is an analyst with Public Impact, collecting, analyzing, and communicating data and research on education topics and supporting the data analytics team. In Watauga County, ‘every school is a community school’