State Board of Education looks ahead to long session budget requests

State Board of Education looks ahead to long session budget requests 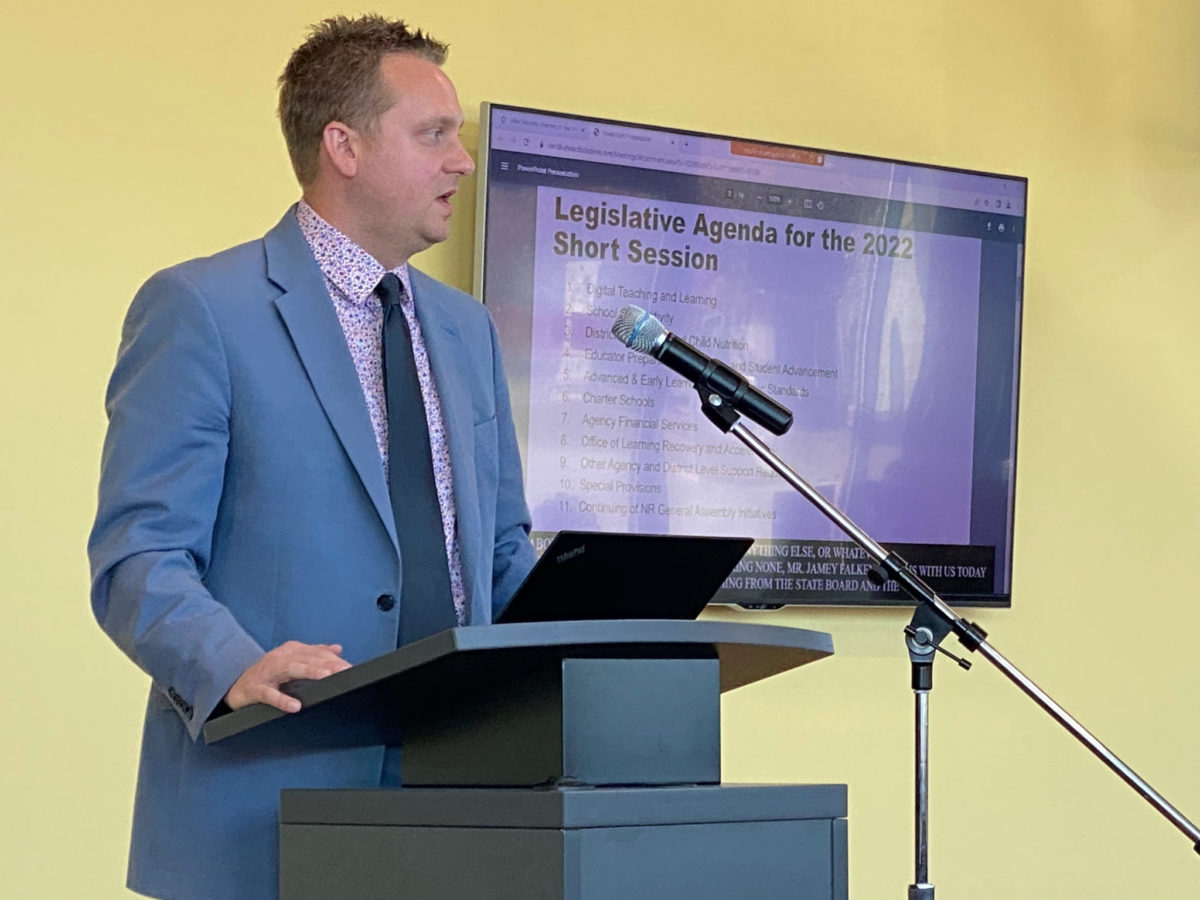 The State Board of Education began preliminary consideration of what members and the state Department of Public Instruction (DPI) plan to ask the legislature to give the state’s public school system in the 2023 long session of the state legislature that begins in January.

In total, the Board and DPI could ask for almost $233.5 million in fiscal year 2024 and a little more than $193 million in 2025, according to Jamey Falkenbury, director of government affairs for state Superintendent Catherine Truitt.

He said, however, that some of the numbers referenced in his presentation are “moving targets” because the Office of State Budget and Management is having departments develop their plans before exact numbers are in.

Board member Wendell Hall, chair of the Board committee that takes the lead on government and community affairs, told members that the presentation on the legislative priorities would be “on point” and “on time.

It came on Thursday at the very end of the three-day planning session and Board meeting this week. But he also emphasized the importance of what the Board was going to consider.

“We’re at a time now where the General Assembly is coming back into session. Long session,” he said. “We need to get our request together, DPI and the Board, as we move together in requesting those things that are necessary for us to operate and to better serve the children of this great state.”

Below are specific numbers for different areas along with a breakdown of how that money would be spent within those areas.

Who would get what in this potential request?

More than $8 million for school connectivity and cybersecurity in both years of the biennium.

About $5.7 million in the first year and about $450,000 in the second year for district operations and child nutrition. The bulk of the money in the first year would be used to get rid of co-pays for reduced-price meals for students.

More than $4 million in the first and second years for educator preparation, licensure, and student advancement.

Almost $60 million in both years for advanced and early learning & academic standards. The bulk of that is to increase Academic or Intellectually Gifted allotments.

A little more than $400,000 in the first and second years for charter schools.

Fifty million dollars in the first year and almost $11 million in the second year for the Office of Learning Recovery and Acceleration.

Requests for agency and district support total more than $100 million in both years of the biennium. Almost all of that is for a grant program for school nurses or social workers.

The presentation also included requests for special provisions, which are non-budgetary items taken up in budgets by lawmakers. These include an update to the principal salary schedule that would change the calculation of the growth component of principal pay.

Principals are paid a base salary according to the size of their school and then can get more money depending on whether their schools meet or exceed growth. It used to be that this calculation was based on the best two out of the last three school years, but the short session budget changed that to just include the previous year. DPI and the Board want lawmakers to move the requirement back closer to what it used to be.

See the full presentation here. This proposal will be finalized at a future Board meeting.