Updated 12:20 p.m., Tuesday, November 30, 2021: Attorney General Josh Stein submitted a filing to the state court of appeals agreeing that Judge Lee’s order shouldn’t go into effect while appeals play out but arguing against Controller Combs overall case against having to comply with Lee’s order. The Attorney General’s office represents the state as defendants in the Leandro case.

Meanwhile, the plaintiffs and Penn-Intervenors argued against both Comb’s overall position and a temporary stay.

Here is their filing.

Update: 2:26 p.m., Monday, November 29, 2021: State Treasurer Dale Folwell released a statement today about the order in the Leandro case. Here is the statement in its entirety:

“Our legal team has reviewed Judge Lee’s order, and because of the Attorney General’s conflict, we have requested and received authorization to pursue outside counsel for this matter.

Folwell is an elected Republican.

Following Judge David Lee’s order earlier in November that the state must transfer roughly $1.7 billion to fund a comprehensive plan in the long-running Leandro case, the state controller is asking the state’s Court of Appeals to intervene.

State Controller Linda Combs asked the court on November 24 to either vacate the order from Judge Lee or prevent him from forcing her to perform “any action” required by the order.

The controller is appointed by the governor and confirmed by the legislature for a seven-year term. Combs was appointed by former Republican Governor Pat McCrory and confirmed unanimously by the House and Senate in 2014 to complete a term and then was reconfirmed on April 27, 2016 for a term ending in 2022. She previously served as Controller of the United States.

“Petitioner also requests the Court issue a temporary stay and writ of supersedeas to prevent the time for appeal from expiring for aggrieved parties.

“Additionally, should the Court desire briefing and argument on these issues, then Petitioners request the Court order a temporary stay and writ of supersedeas of the 10 November 2021 Order until this Writ of Prohibition has been finally determined, and time for review to the North Carolina Supreme Court of any such determination has expired,” the filing states.

The Controller is being represented by Robert N. Hunter Jr., a Republican judge who formerly sat on the Court of Appeals and Supreme Court.

You can read the court filing here or see it below. 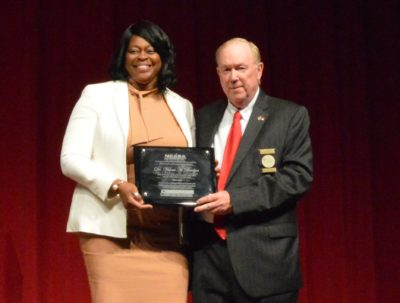