Is the former Democratic candidate for state superintendent recruiting for NCAE rival?

Is the former Democratic candidate for state superintendent recruiting for NCAE rival? Former Democratic candidate for state Superintendent of Public Instruction Jen Mangrum started a private Facebook group this month called NC Voices for Public Schools, in which she is talking to teachers about the American Federation of Teachers (AFT).

AFT is one of the two most prominent teachers unions in the United States — the other is the National Education Association (NEA). The North Carolina Association of Educators (NCAE) is an NEA affiliate.

North Carolina prohibits public employees from collective bargaining, so the NCAE isn’t a union, but it is the closest the state has to one when it comes to educators. NCAE describes itself as “an all-inclusive Association with all categories of professional school personnel eligible for membership … NCAE is the state’s largest education advocacy organization for public school employees and represents active, retired, and student members.”

According to screenshots from the private Facebook page obtained by EducationNC, Mangrum said on Sept. 14 that she started the group the day before for educators, public school workers, parents, and/or public school supporters. She noted that the group already had more than 800 members. “Let’s change the trajectory for our public schools,” she wrote. That number has increased to 1,400 as of Sept. 28.

In one post on the site, Mangrum describes the purpose of the group.

“If you don’t like AFT or my work in building change, then don’t be part of it,” she said. “I’m not going to answer any more questions about this. Drama is over as far as I’m concerned. I can’t be distracted.”

She then goes on to describe her goals. At one point, her post mentions AFT President Randi Weingarten calling Mangrum a “shero.”

A few sentences later, Mangrum says that Weingarten “inspired me to use my experience to build a coalition of parents, educators and public school supporters that will be louder than (Republican Senate President Pro Tempore Phil) Berger and louder than (Republican State Superintendent of Public Instruction Catherine) Truitt. A coalition that will put our children first. Some of these people will join with me and become members of the American Federation of Teachers, a professional teacher’s union.”

See those screenshots below.

In another post, Mangrum says that several members of the page have asked how they can join AFT. She goes on to explain how they may do so, and says that North Carolina educators can only be associate members of the national organization because they cannot collectively bargain.

“We ARE in NC! President Randi Weingarten is excited about our grassroots effort and building the union in NC. Make no bones about it, we are a union,” she writes. “We organize to protect our workers!”

Andrew Crook, national press secretary for the AFT, said in a phone call that AFT has nothing going on in North Carolina, other than the fact that educators in the state are welcome to join the national organization as associate members.

When asked if there was a role in North Carolina for another teachers organization, Tamika Walker Kelly, president of NCAE, said in an email she didn’t see how it would help.

“There are already a number of organizations who claim to work on behalf of educators, but they have managed to recruit only a very small number of members after years of working directly against NCAE,” she wrote. “It is hard to see how yet another organization would be of benefit to educators in North Carolina.”

She said in her email that the NCAE has “been the voice for all educators in North Carolina for more than 50 years.” She wrote that it is the “largest and most effective education association” in North Carolina, and that “as an affiliate of the National Education Association, we have an unmatched ability to bring resources to bear on behalf of our members, public education, and most importantly, students.”

“Others may claim to be the voice of educators in North Carolina, but only we can prove it,” she wrote.

When first asked whether she was recruiting for AFT, Mangrum said she had no comment. But after screenshots of her posts were obtained, she talked more expansively about what she was trying to do with her Facebook group.

She said she is a member of both NCAE and AFT and that she hoped her Facebook group could empower teachers.

She said the only way to make changes in public education is for those who want change to work together.

“A more important question than ‘Is Jen getting people to join,’ is ‘Why are teachers afraid to speak up about the injustice and the poor treatment and the disrespect that they are dealing with?'” she said.

Mangrum applied to be the executive director of the NCAE this year but was not considered, according to another Facebook post that was captured in a screenshot.

“After marching and working side by side with NCAE to change the political landscape in education, I applied for their Executive Director position,” she wrote in her post. “I had hoped for the possibility to lead this organization, hand in hand with educators. Sadly, they are not considering me for the role. They told me I was highly qualified and suggested I apply for a position with NEA in Arizona. That will not happen. NC school personnel, students and families are my heart. I feel strongly that they must have found the perfect leader for North Carolina and NCAE.”

“I’m disappointed because it would have been an already-prepared space where I could do good for teachers,” she said.

Mangrum tried and failed to displace Berger from his seat in 2018. She ran and lost her first statewide race, against Truitt, in 2020, though she garnered more than 2.5 million votes in the race. She said she wanted to take the momentum from her political campaign and use it for change.

“I feel a tremendous responsibility to help teachers move forward,” she said. 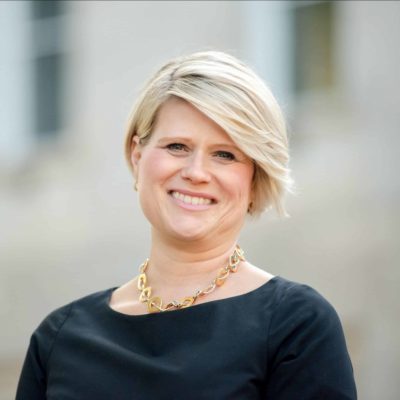