Students are spaced out and wearing masks in their science class at SouthWest Edgecombe High School. Molly Osborne/EducationNC

The majority of this federal funding will go directly to districts and schools. The remaining 10%, or $360 million, will go to statewide initiatives that are intended to aid schools and students as they recover from the pandemic.

The Department of Public Instruction will use the funds to launch several of these statewide initiatives, including $30 million for tutoring, $19 million for a competency-based assessment and platform, and $35 million for a grant program for summer school and after-school programs.

“North Carolina’s plan for this funding isn’t just about recovering from the pandemic – it’s about rebuilding and re-envisioning the education landscape in our state,” state Superintendent Catherine Truitt said in a press release.

One of the major roadblocks to approval has been the state legislature’s delay in passing a budget.

The state initially submitted its plan on June 22 and has gone through a series of revisions since.

Michael Maher, executive director of the DPI’s Office of Learning Recovery and Acceleration, outlined the challenge for the State Board of Education in July.

“It is really hard to think about how we provide wrap-around support and services and programs in a comprehensive manner that is built around best-available data and programs that we are already delivering without having a sense of what the larger pool of funding is going to be,” he said, referring to the lack of a budget.

The state still hasn’t passed a budget, but the Department of Education approved North Carolina’s plan on the condition that the state update the federal government as spending plans are developed.

To get approval, the state also had to create a process to engage stakeholders. At its August meeting, the State Board approved the creation of an ARP advisory committee.

The committee, which will be appointed by the Board, will include teachers, parents, students, and advocates.

The Department of Education has approved the plans of 37 states.

“It is heartening to see, reflected in these state plans, the ways in which states are thinking deeply about how to use American Rescue Plan funds to continue to provide critical support to schools and communities, particularly as we look ahead to the upcoming academic year,” Education Secretary Miguel Cardona said in a press release. 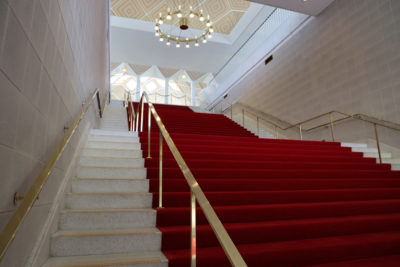 State Board roundup | As the school year starts, the Board talks federal funds and next steps for learning during COVID-19